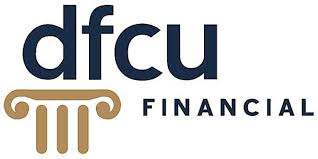 DFCU Financial was founded in 1950 by Seven Ford Engineering Employees

Legend has it that Ford engineers pooled $5 each to found what was first called the Ford Engineering Employees Federal Credit Union.  Since that modest beginning, DFCU Financial has expanded significantly.

Outstanding financial performance has allowed DFCU Financial to give CASH BACK to members since 2006. To date, the credit union has given members more than $181 million in dividends.

In 2003, we changed our name to DFCU Financial as we continued branch expansion beyond Dearborn, Michigan. A merger with MidWest Financial in 2010 enabled DFCU Financial to open branches in the Ann Arbor and Ypsilanti area.

Today, DFCU Financial is the largest credit union in Michigan and is among the best managed in the United States. We have more than $3.6 billion in assets, serve more than 200,000 members and have more than 500 employees contributing to our members’ success.

Added value to our membership includes: